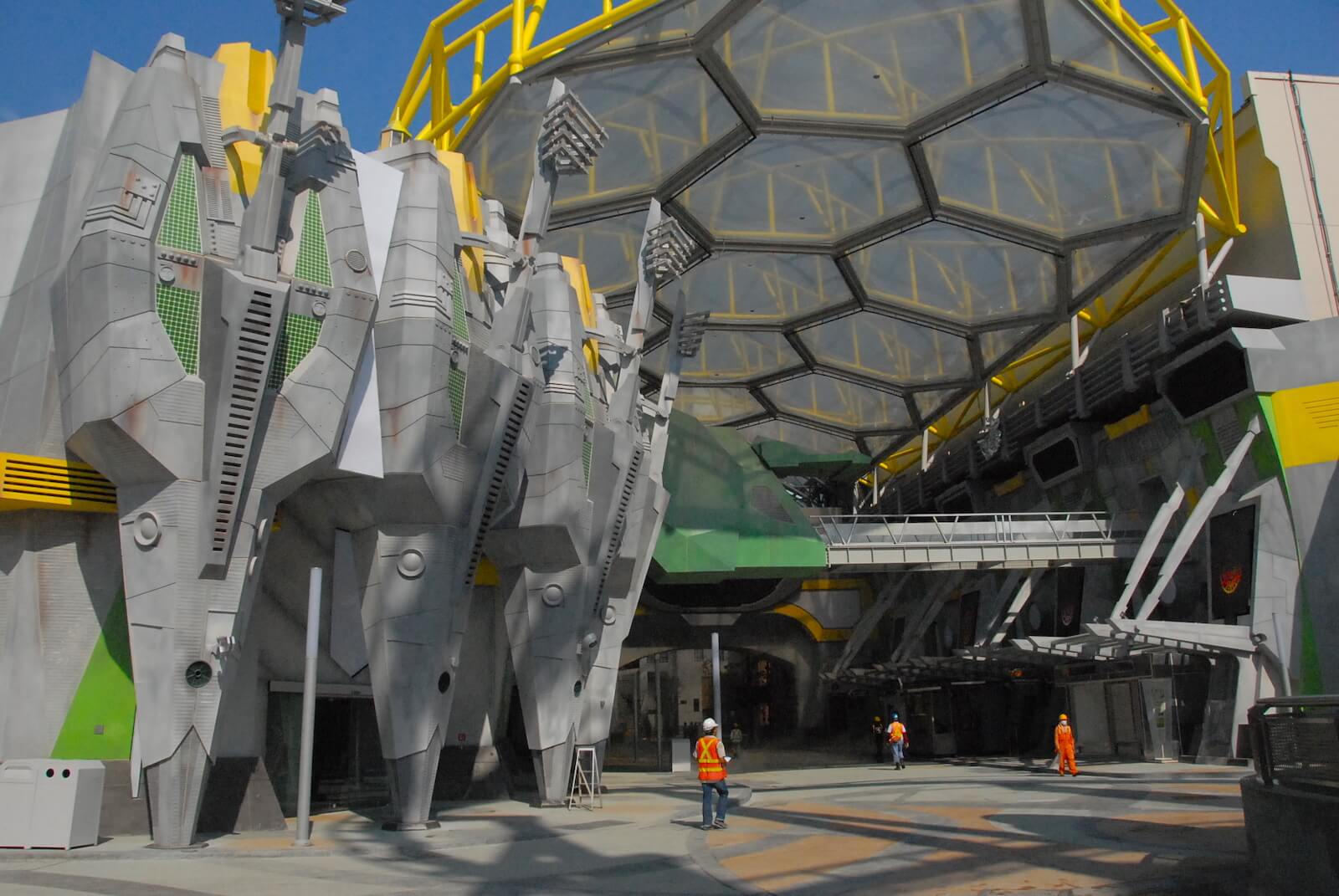 The "Cylon" track features a legs-dangling, suspended roller coaster, while the "Human" track is a traditional, seated coaster. Each ride launches simultaneously and has a few "close calls" as the battle between Cylon and Human continues!

Sci-Fi City features a futurstically-themed tea cup attraction called the "Accellerator", the Starbot Cafe (serving food of the future), and is home to the Universal-designed "Transformers The Ride 3D." 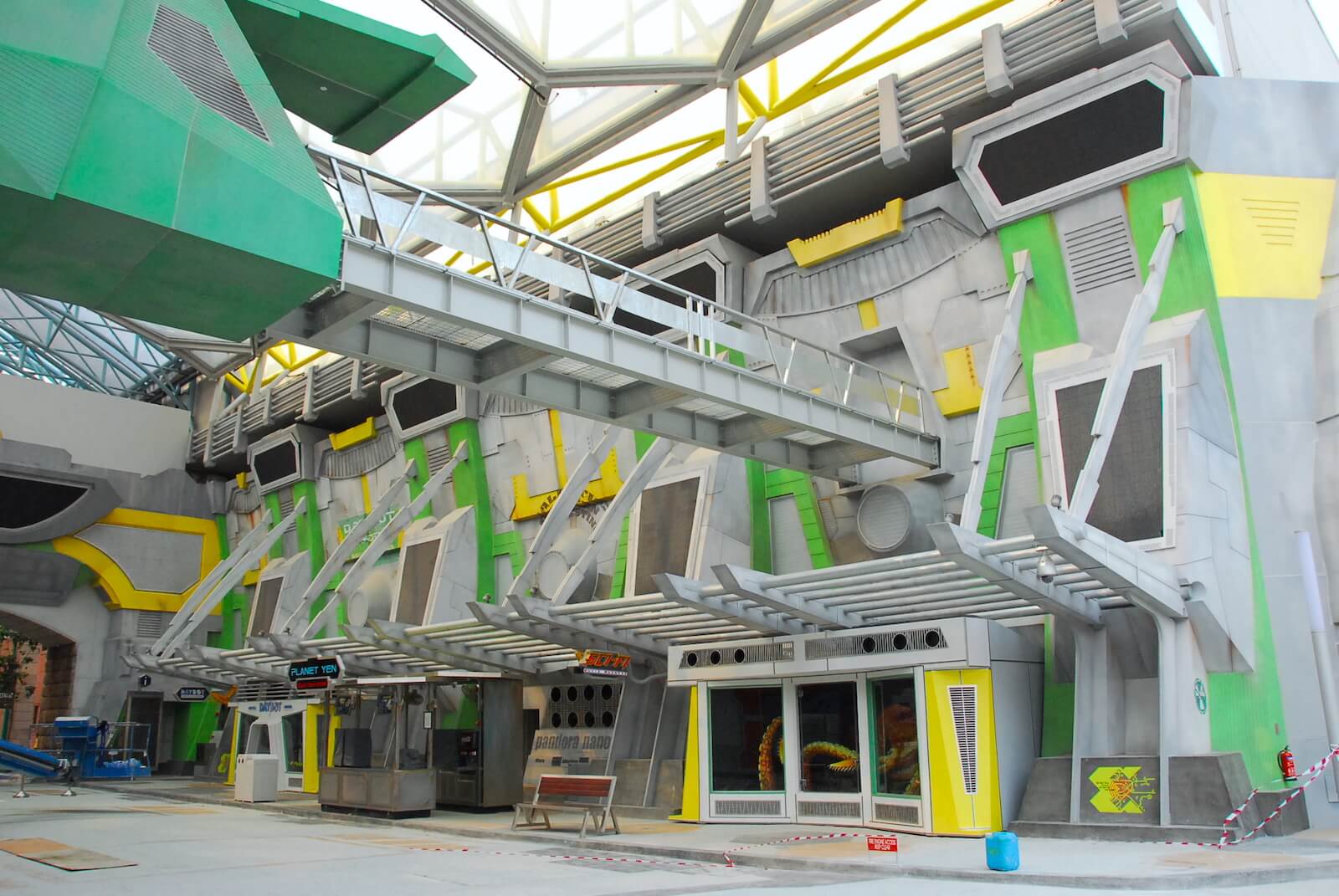 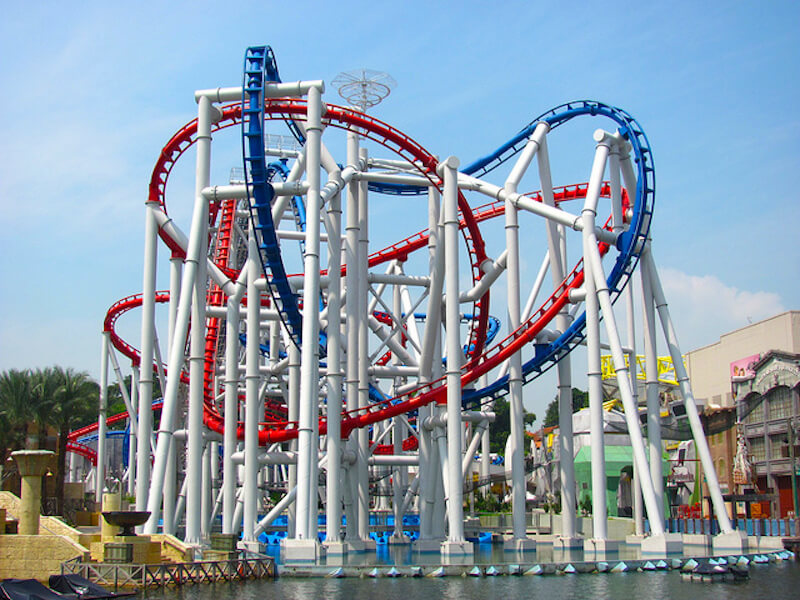 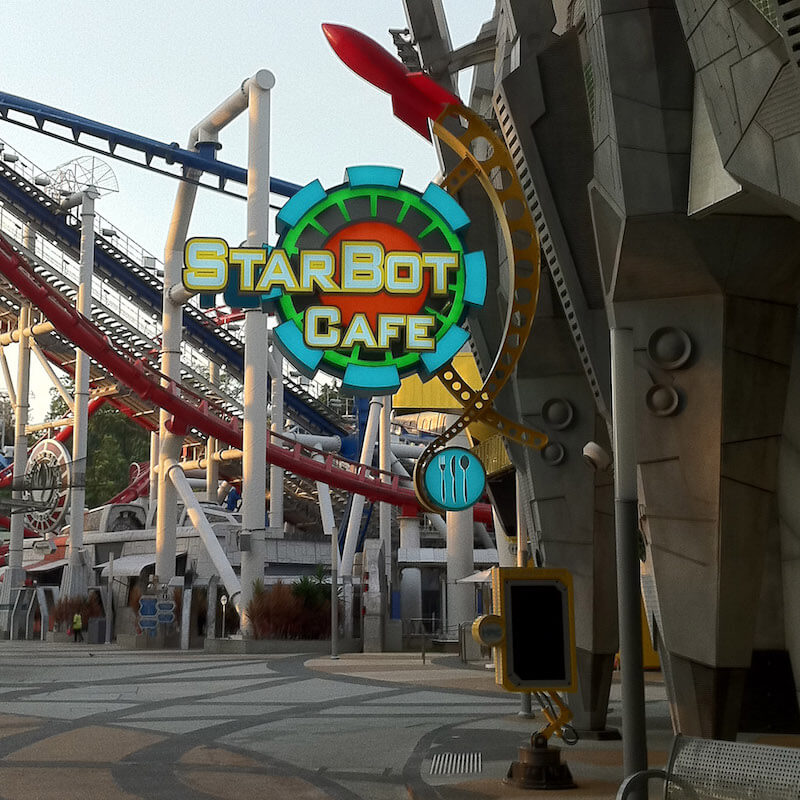