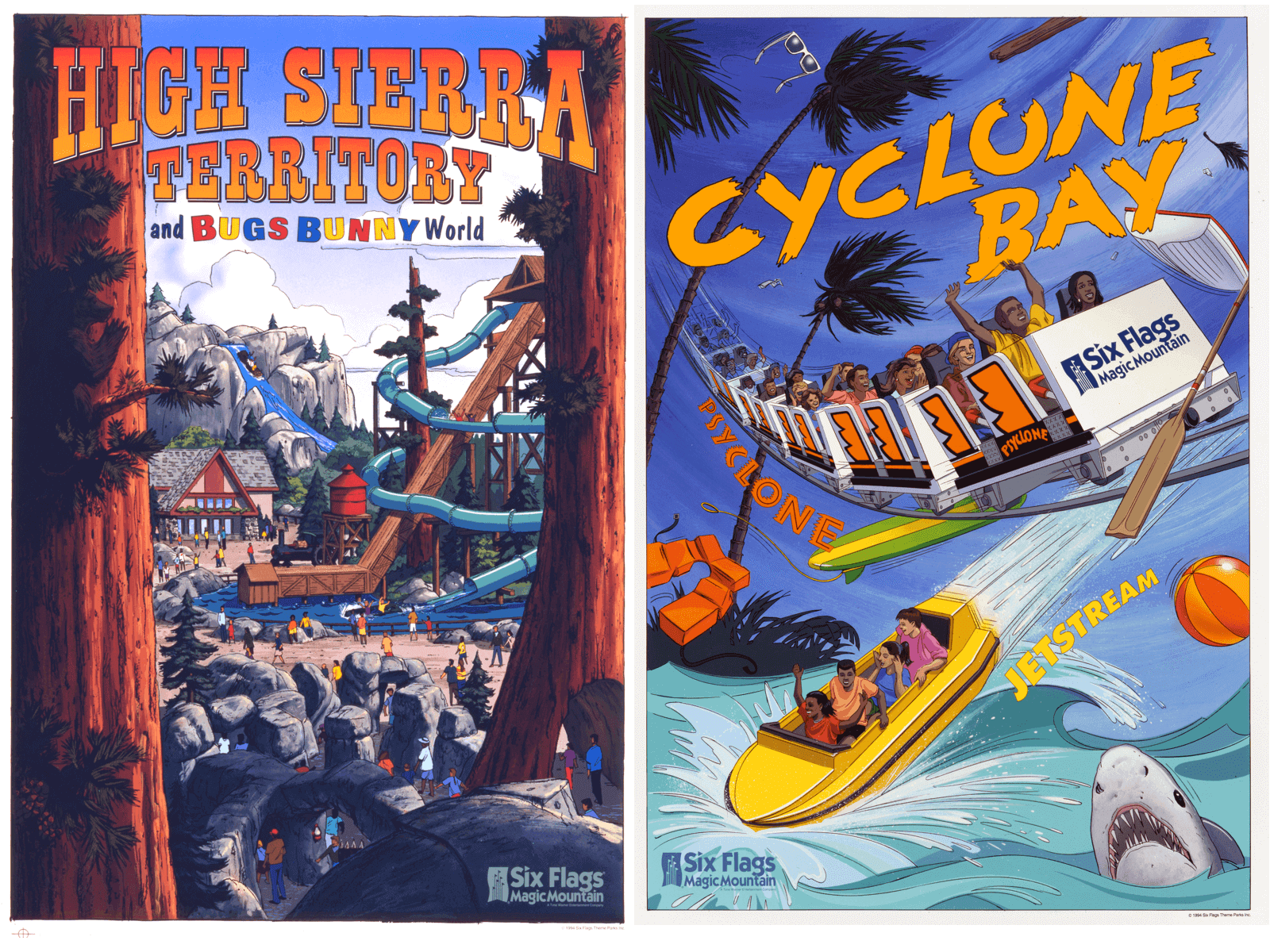 During the days when Six Flags was owned by Time Warner, various projects were undertaken to enhance the overall branding of each park. A unified logo was designed, and in 1994, each park created posters that represented their themed zones. Magic Mountain's zones were loosely based on California geography (long before California adventure!) Originally created in 1971 as more of an amusement park than a theme park, Magic Mountain continued to differentiate areas of the park and promote and enhance their various themes through the early 2000's.

Nine posters were commissioned, each containing the essence of the themed zone, its attractions and features. Artist, animator and illustrator George Stokes created the illustrations based on the extant elements of each themed area. Only one zone was neglected, as a poster was never created for the area themed to California's Chinatowns called Oriental Summit (if memory serves). 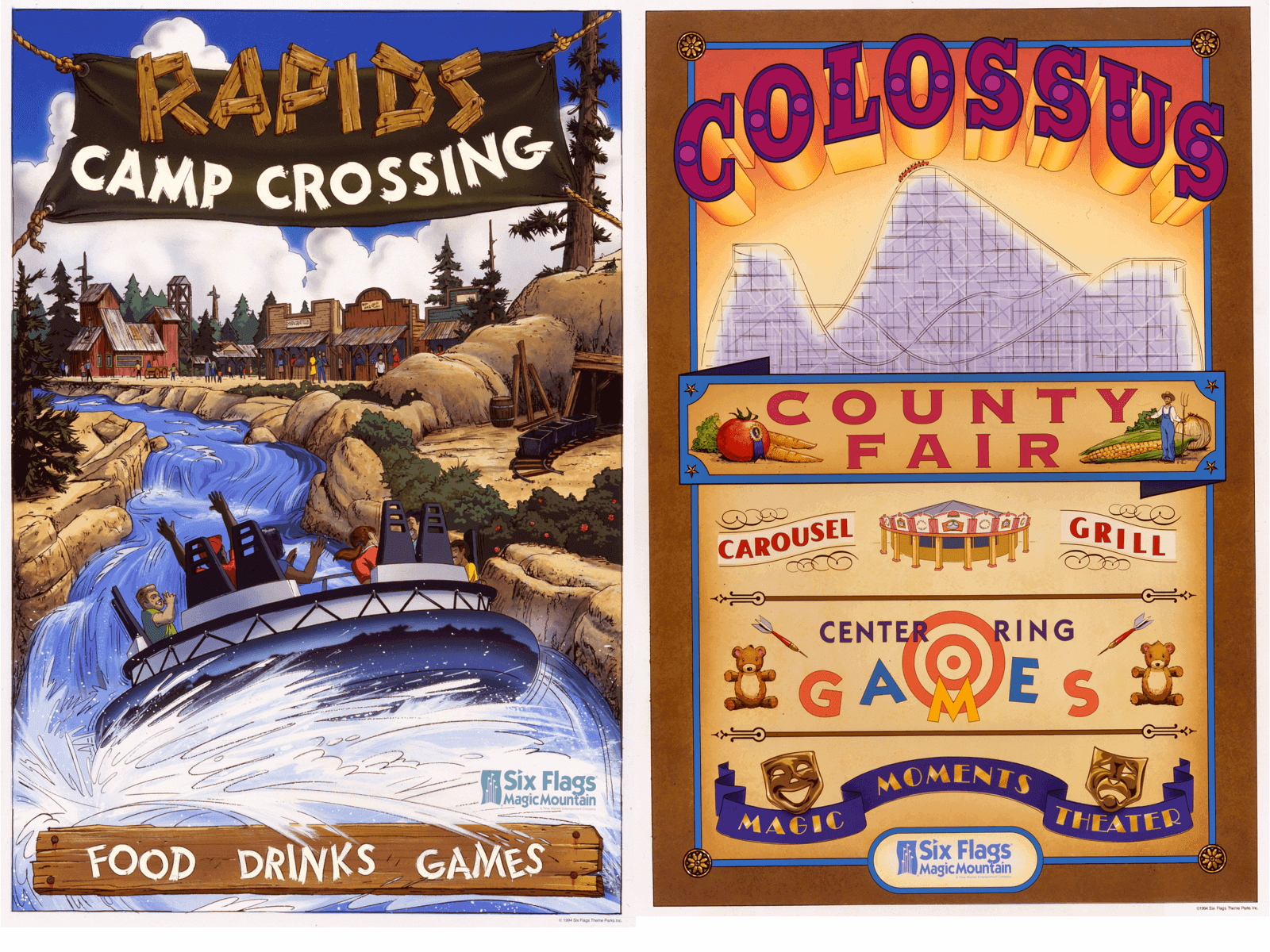 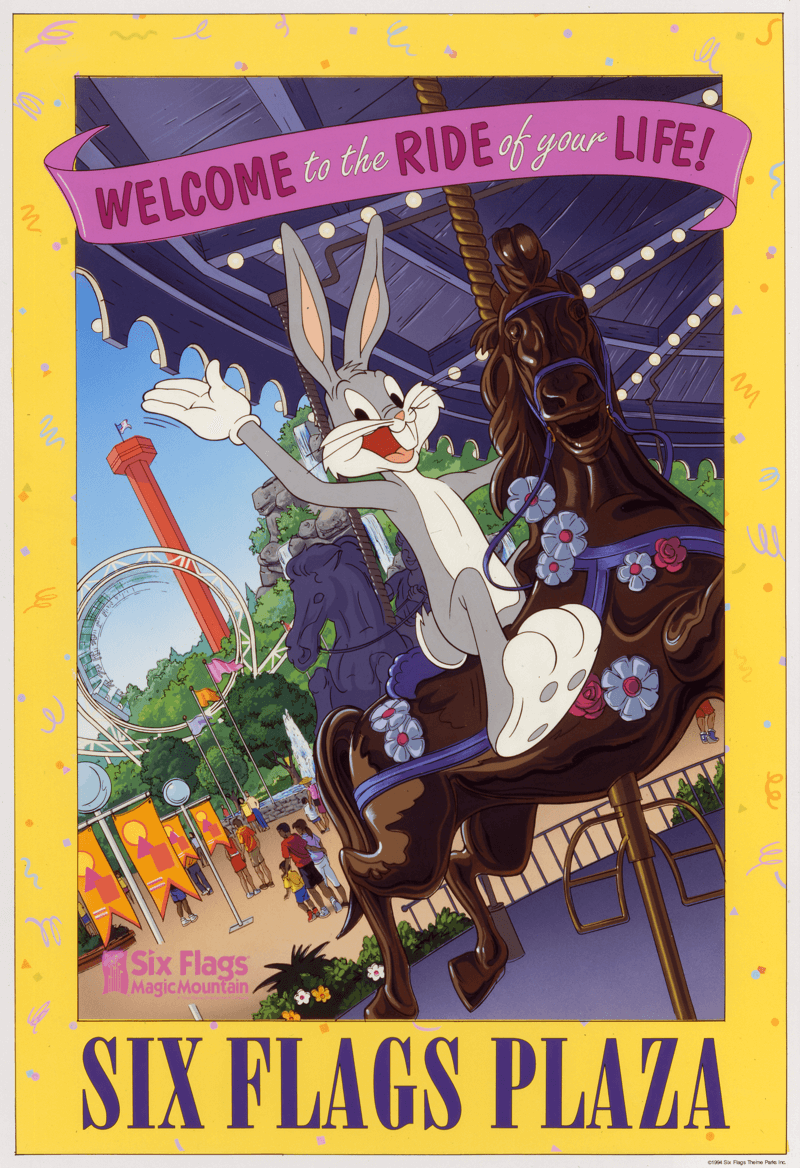 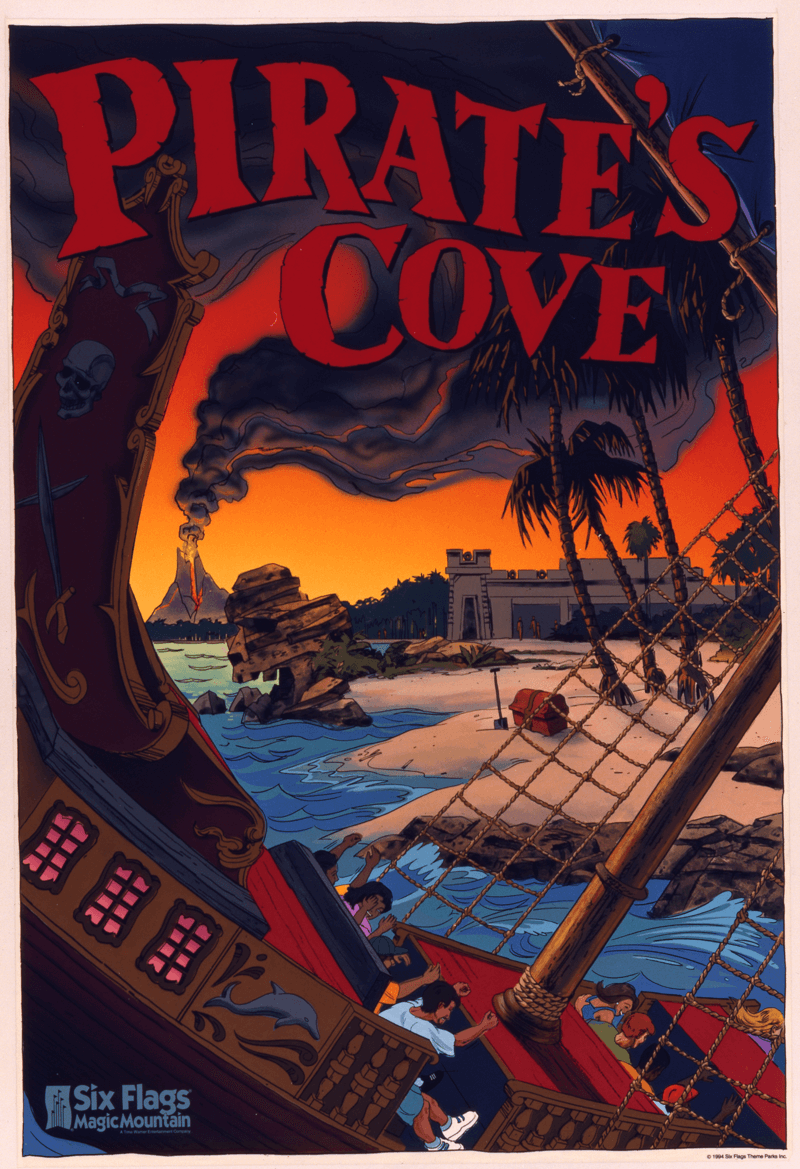 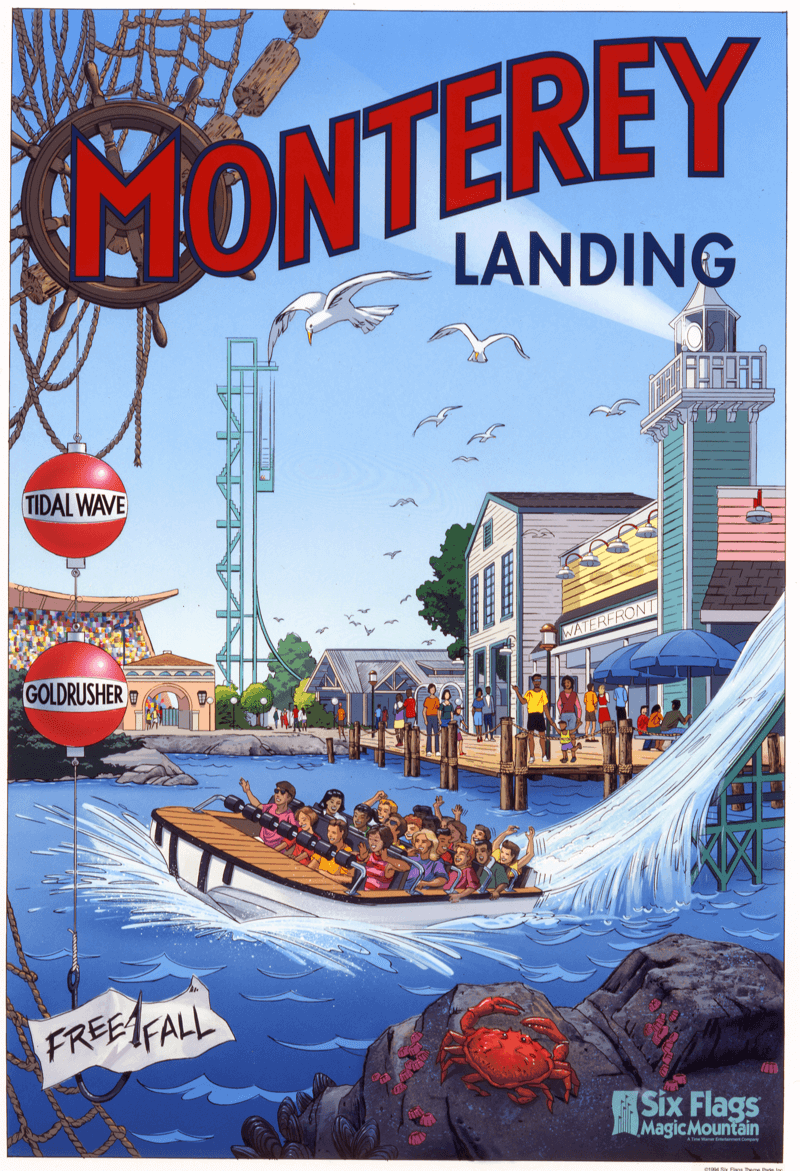 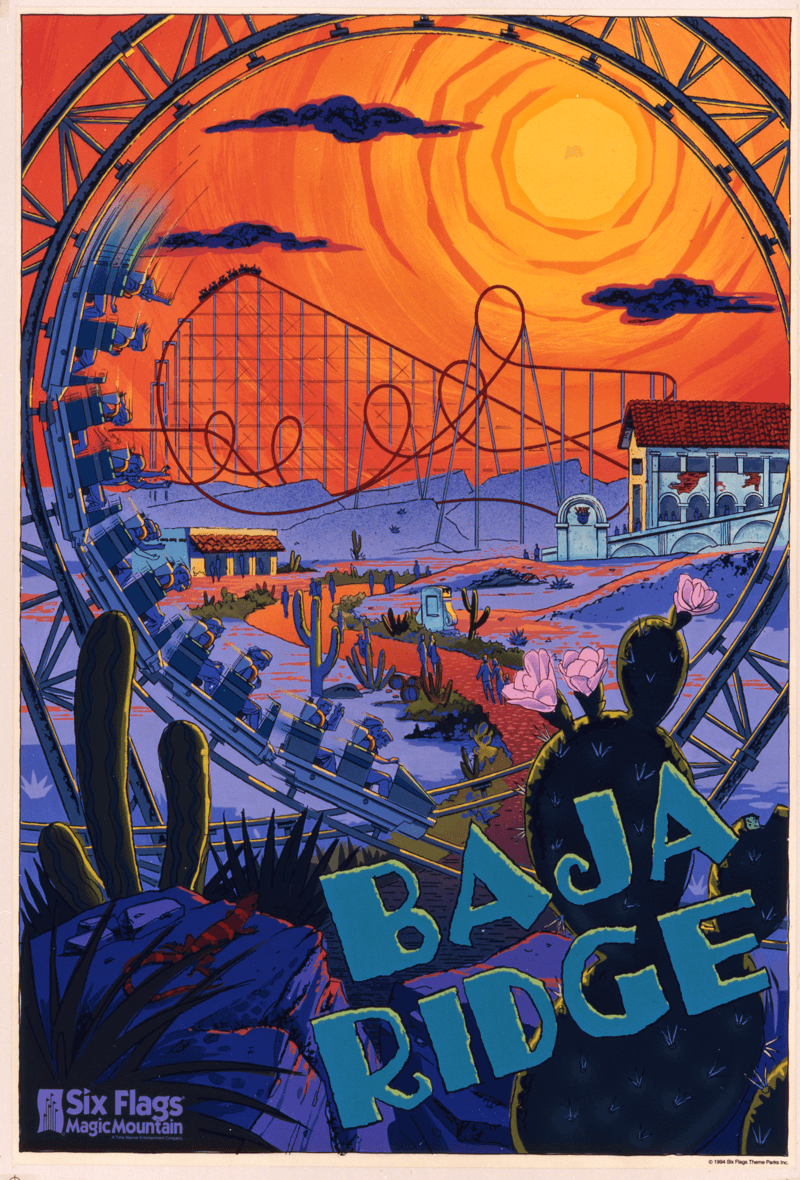